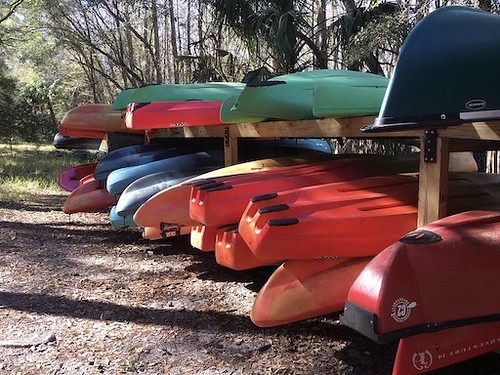 ...for a variety of reasons, including some that were very unexpected. 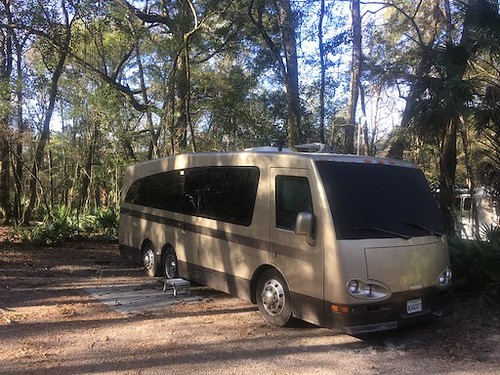 The campsites are large and like most Florida State Parks, the shower/restrooms are modern, very clean, and centrally located. 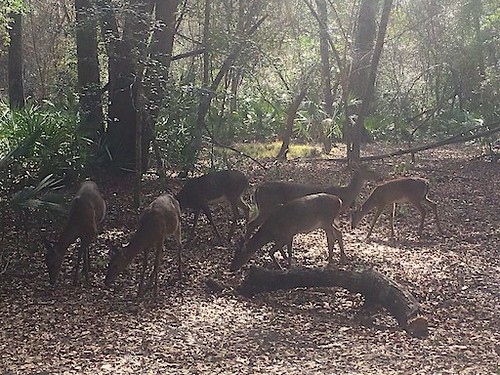 Wildlife abounds in the park. This is a snapshot we caught of a whitetail herd that wandered through our campsite every morning like clockwork. I counted 10 does in the largest showing. 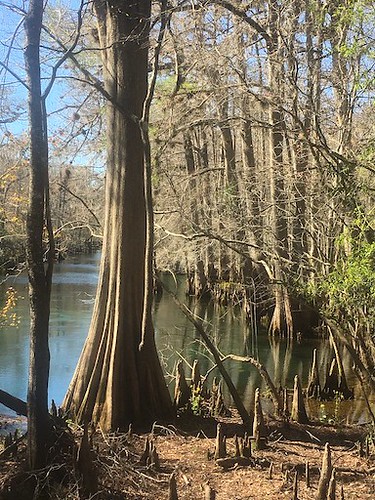 Of course, the main attraction at Manatee Springs State Park are the springs themselves. And the manatees, of course. The 72F crystal clear water rises in a cypress swamp and feeds the Suwannee River, and that's where the Manatees hang out. We actually spotted a pair of the herbivorous seacows from the park's pier, but those were too far away to photograph. 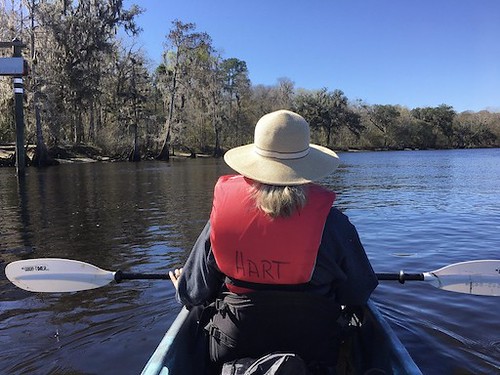 We figured kayaking would be a good way to see manatees, so we rented a two-person craft and went for a 90 minute excursion. (The cost was only $40, everything included. The concessionaire, Anderson's Outdoor Adventures, dropped us a few miles upstream for a leisurely trip back to the Springs.) 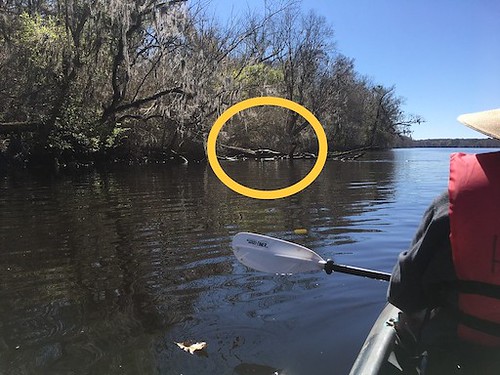 While we came up short on sighting more manatees, we did come across a very large alligator sunning himself atop a fallen tree along the Suwannee bank. 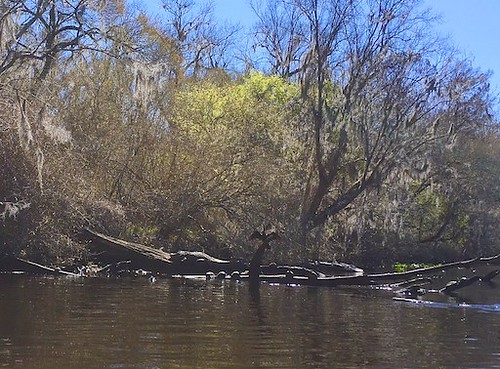 Locals later told us that the gator's name is Charlie, he's 12 feet long, that he's often seen on that perch, and he's best left alone. (We were only too happy to oblige.) As you can see from the picture, Charlie had his own alarm bird, which actually began squawking when we paddled by. Apparently we weren't too close for Charlie, who didn't flinch and inch. 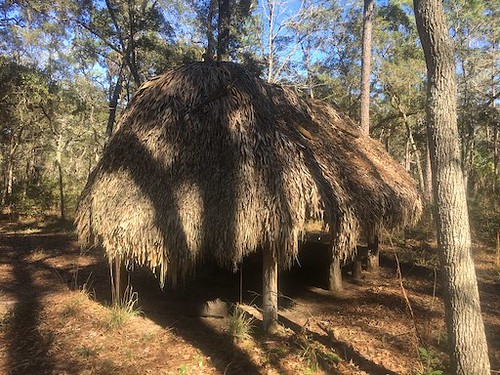 Manatee Springs also abounds in hiking/biking trails, which we enthusiastically explored. On one trail we came across this replica of a Seminole dwelling. Dubbed a chickee, the hut is built of palmetto thatch over a bald cypress log frame. We learned that this style of construction was adopted by Seminoles during the Seminole Wars of the mid-1800's as U.S. troops pushed them deeper into the Everglades and surrounding territories. Prior to those wars, the Seminole typically lived in log cabins. 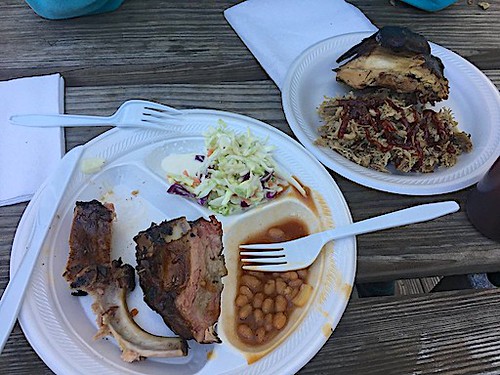 Perhaps the most surprising discovery we made at Manatee Springs State Park was the food, specifically the barbecue. The concession stand, run by the aforementioned Anderson's Outdoor Adventures, served some of the best barbecue pork, chicken, and ribs we have ever had the pleasure to sample - smoked onsite! And sample we did! The portions were so big, we usually split a meal and still got leftovers out of the deal. We suggest the Triple Meat Combo Plate. It is an epicurean delight. Old Business In a previous post, we asked readers to ID this contraption. Did you guess correctly? 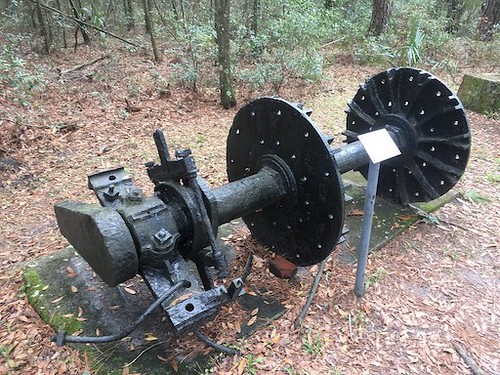 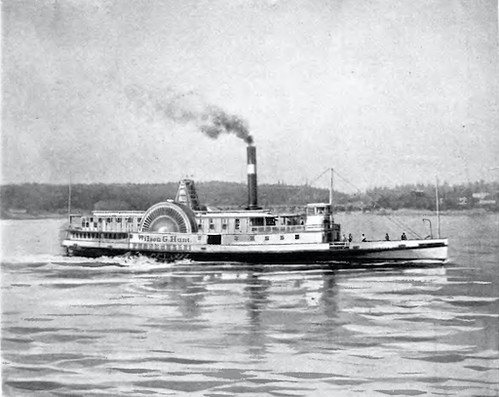 It is the mechanical core of one half of a steamship propulsion system from a wrecked sidewheeler. The unnamed ship, an example of which is pictured above, met it's demise somewhere along the Suwannee River near the state park of the same name. Obviously, none of the wooden paddles are present on the ancient axle; only the cast iron assembly core survived. Next Up Jekyll Island
23 views