All our planned RV projects have been completed -- and then some. The first project was conversion of our fluorescent galley lights to extra-bright LED strip lights. 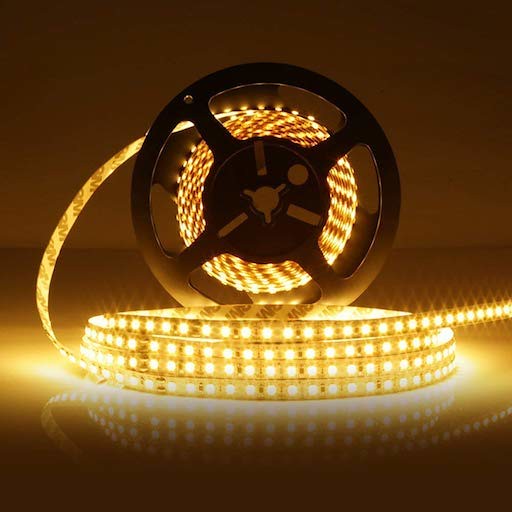 If you have an RV that's more than a few years old, you probably have 12V DC fluorescent fixtures with replaceable tube bulbs. Ugh. I have converted a number of coaches with such fixtures using Adhesive-Backed LED Strip Lights (credit to RVGEEKS), and I finally got around to converting those in the NewAire's galley. (Note that you can purchase everything shown here on Amazon; see the links below.)

It's a surprisingly easy, semi-tedious project.

Once you have confirmed your personal safety, you may proceed.

You can do this conversion in place without removing the mounted fixture, but it would probably be much more difficult.

My fixtures are built into the bottoms of cabinets mounted over the galley, so first I removed the covers. 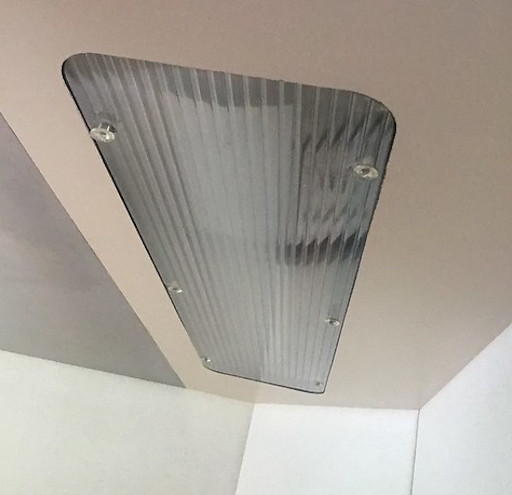 Then I located the screws holding each fixture in place, removed those screws, and lowered the lightweight assembly so it was hanging by the power leads. 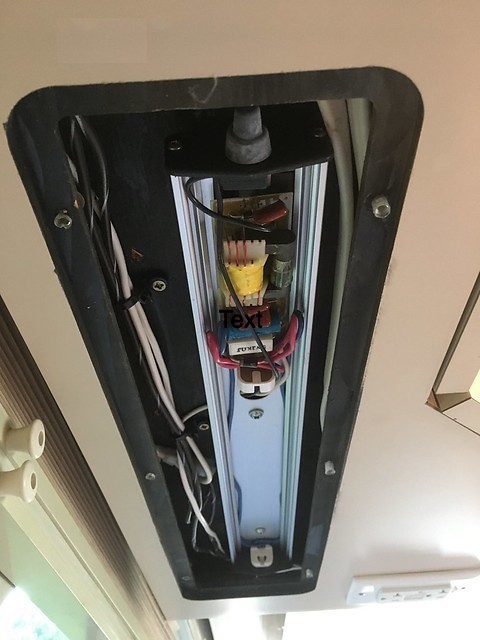 Some fixtures may also include a built-in power switch. If so, it's your choice as to whether or not to leave that. My fixtures are turned ON/OFF via a wall switch, so that is what I'm describing here. (If you're dealing with a built-in ON/OFF switch, send me a PM and a picture and and I'll respond directly.)

Cut both power leads as close to the fixture as possible and remove the fixture.

Step 2: Gut and discard the contents of the fixture.

Seriously: all you want is the reflective frame itself - nothing else. This is the point of no return (for fluorescent bulbs). 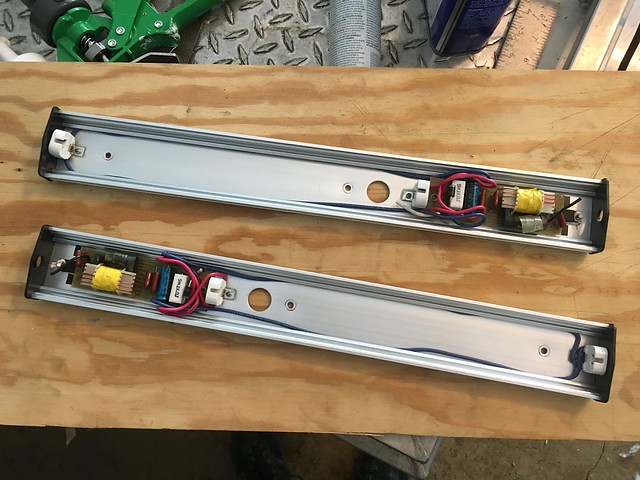 I had to drill a few rivets out from the backside of the frames in order to removed the fluorescent guts. 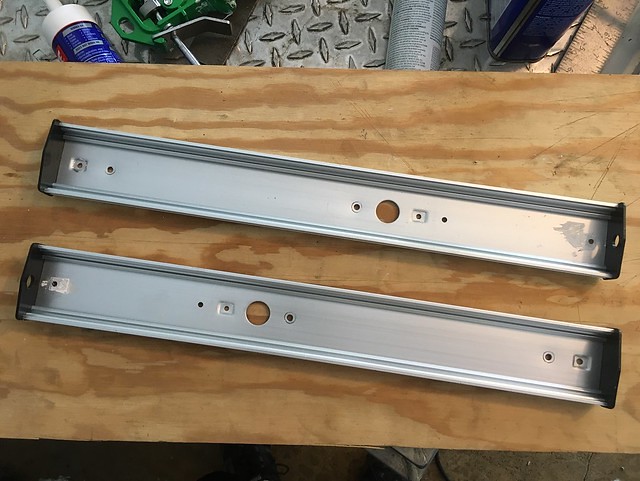 I discarded the unnecessary contents and was left with a pair of reflective frames.

Step 3: Clean the interior of the frames.

Use denatured alcohol and a soft cloth or paper towel to clean the inside of each fixture. This is a critical step to ensure proper adhesion of the LED strip lights.

Step 4: Cut an LED strip that is about twice the length of each fixture.

We installed a dual strip in each fixture - super bright. Use sharp scissors and only cut your strips on the indicated cut lines; never anywhere else.

Rule of thumb: cutting a strip a bit too short is better than cutting it a bit too long. Come as close as you can.

Step 5: Attach an LED connector to the appropriate end of each strip. 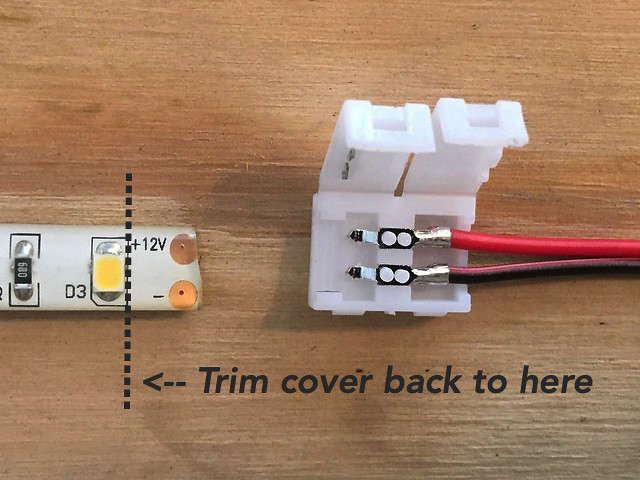 Using a razor blade, carefully trim back the clear plastic covering over the end of the strip by about 0.25", exposing the positive (+12V) and negative (-) connection points, the copper dots.

You are now wired.

If you have access to a 12V DC power source, it's a good idea to now test the LED strip lights and confirm that they do indeed work. You can use a 12V DC battery charger or a charged automotive battery. Simply connect or hold the positive and negative LED leads to the appropriate power source polls. The LED strip lights should illuminate. If the strip doesn't illuminate, check your snap connections as well as phasing.

Step 7: Mount the LED strip into to the fixture.

After confirming your LED strip will fit, peel the tape backing off the strip and carefully position it in the fixture. 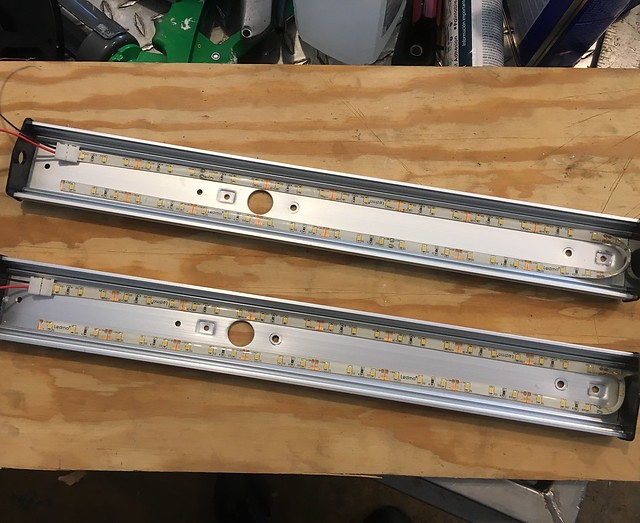 I start at the connector end, then press the strip into place as I gradually work the rest into the fixture.

At the halfway point, I simply curve the flexible strip through a 180 bend and continue back to the opposite end. 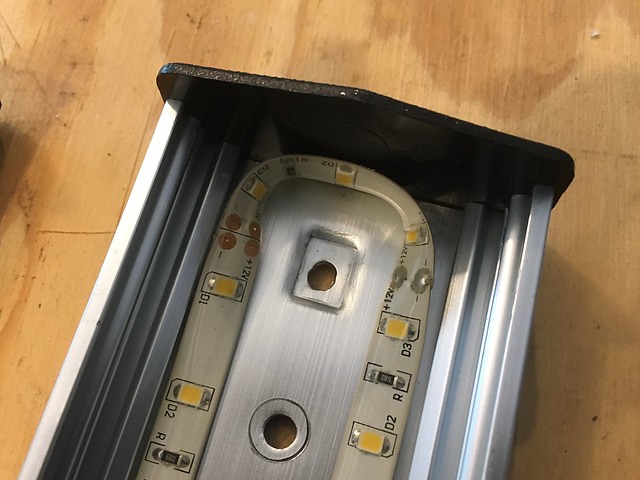 Now run over the strip with a finger, making sure the tape backing is firmly adhered to the fixture. 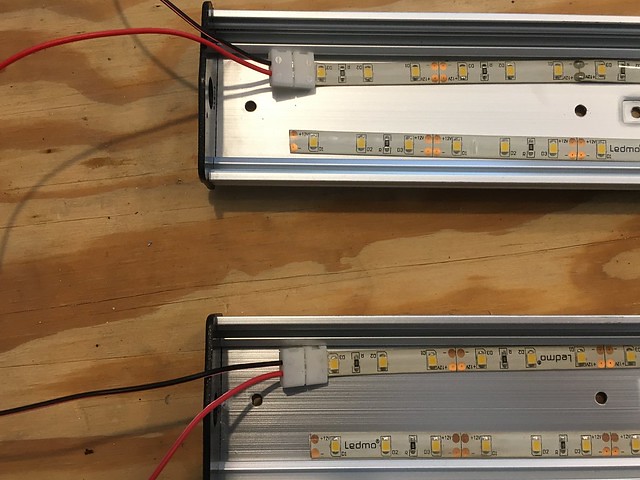 My strips fit quite nicely.

Step 8: Wire the fixture and mount it in place.

I suggest using 12VDC Heat Shrink Butt Connectors. Wire routing will depend upon your particular fixtures, but bulb heat is not an issue. Make certain the LED strip illuminates afteryou make the connections by switching it ON/OFF. 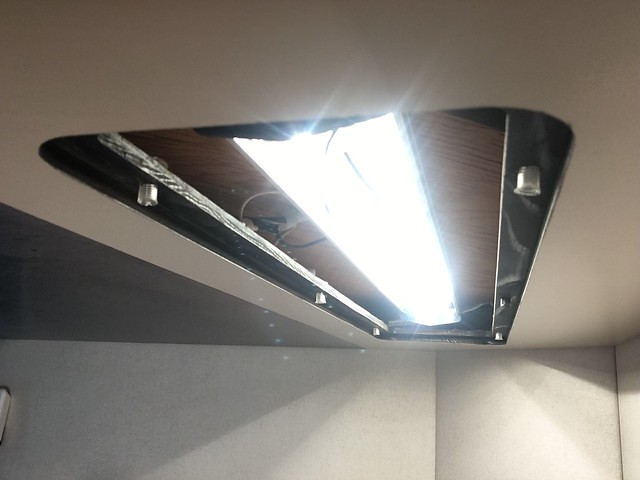 Mount the fixture in place, then reinstall the cover and check functionality one last time. 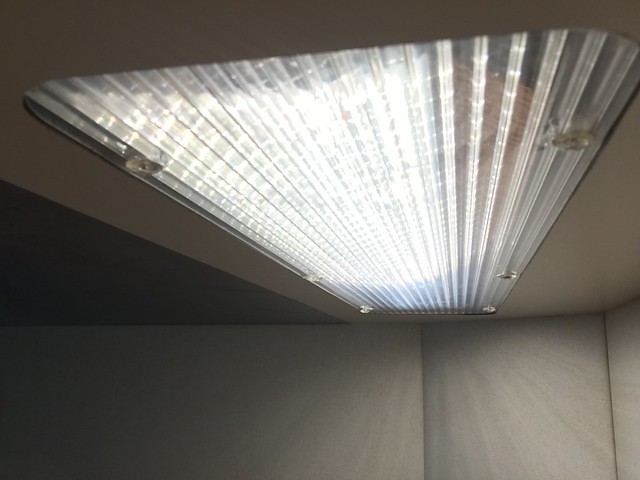 And you're done! You now have modern, low cost LED strip lighting where once you were doomed to suffer under the obsolete glow of miserable fluorescent tubes. 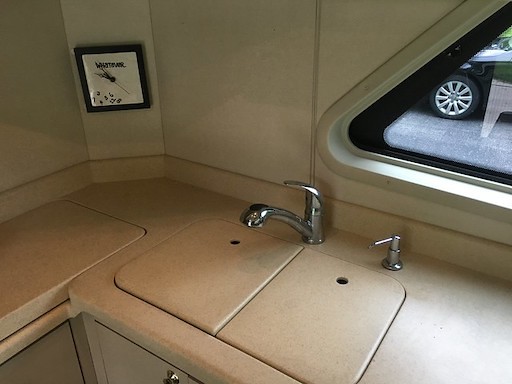 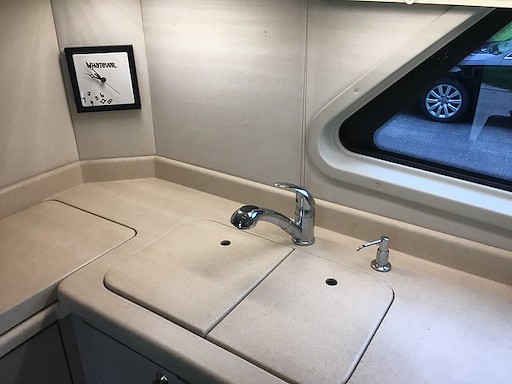 The DW is most pleased.