Our second day of touring Yellowstone was targeted at the park's north loop, the upper half of the "figure 8". Once again, we entered the park's East entrance by car, then turned north toward Canyon Village. 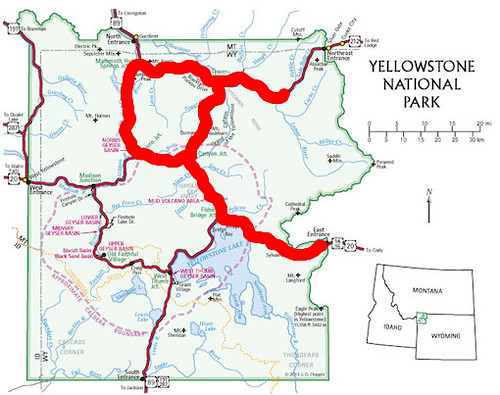 While our previous day's sight seeing was done riding in a 40 foot bus with a tour guide, this time we used an APP called the GyPSy Guide, which I downloaded onto my iPhone. 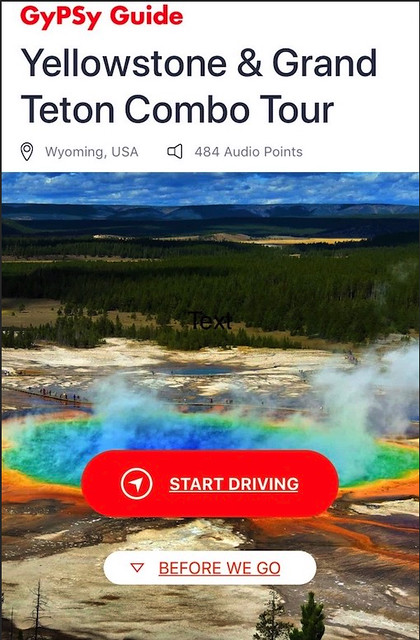 The GyPSy Guide, which uses only GPS and requires no cellular service, tracked our location in real time and provided us with commentary, recommendations, and suggestions of places to visit as we drove through the park.

You just start the APP and it figures out where you are in the park and what direction you're moving. As you reach specific points along the route, the GyPSy Guide will let you know what's ahead. My phone is linked to the toad's radio via Bluetooth, so the narration was easy to follow.

In a word, the GyPSy Guide is brilliant. While driving Yellowstone's northern loop, we were guided to a host of off-beat features like this petrified tree, estimated to be at least 10 million years old. (There used to be three petrified trees at this location, but past tourists chipped away so much of the others that the lone surviving tree is now surrounded by a security fence.) Sigh. 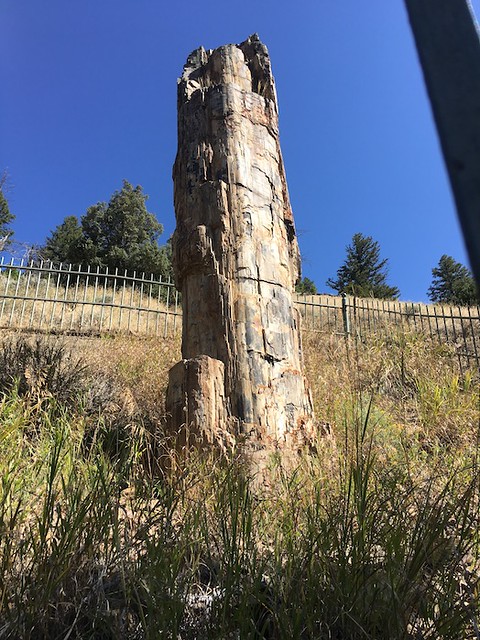 We also unexpectedly encountered some amazing government architecture, like the stone US Engineer Office building located in the park town of Mammoth Hot Springs, the administrative center of the park where all the buildings are crafted of local stone. 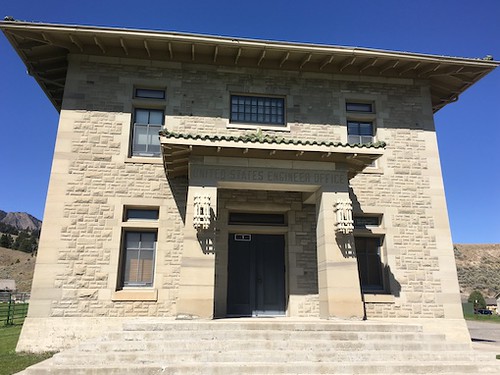 But my favorite feature at Mammoth was natural, the travertine stone tower pictured below; it's a 40 foot tall remnant of an ancient thermal feature called the Liberty Cap. (Can you see a face?) 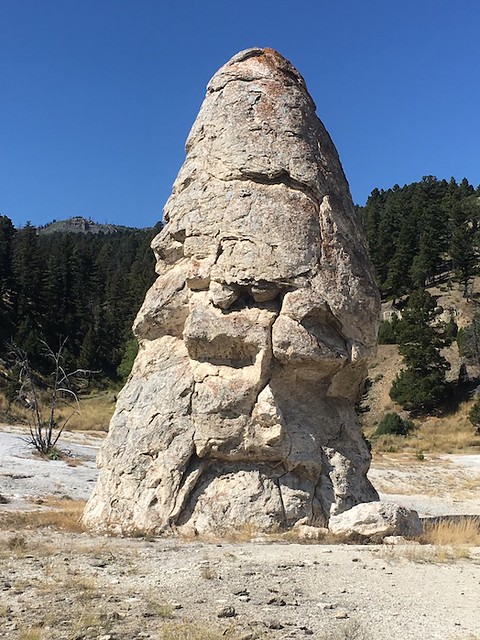 Another favorite on the northern loop was the Sheepeater Cliffs, an unusual collection of basalt columns formed by cooling lava. Named after an ancient tribe of Native Americans who once inhabited the regions, the cliffs turned out to be a great place to stop and have a picnic. 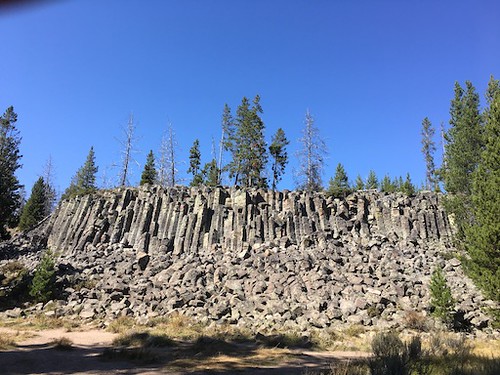 Conclusion: if you want to really see Yellowstone, there's no better tour guide than GyPSy Tours. The package we purchased for around $10 included the Grand Teton National Park, our next destination.

GyPSy Tours are also available for other national parks. For example... 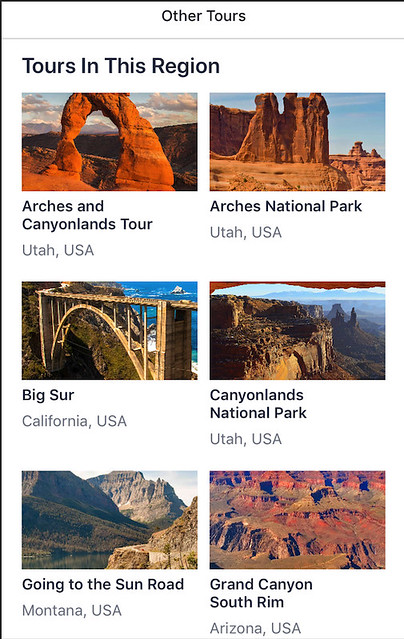 Yellowstone was an amazing place to see, made even better by our GyPSy Driving Guide. And even though 1/3 of the park burned in the wide spread forest fires of the late 1980's, we still experienced innumerable breathtaking scenic vistas, including some of the sections still recovering from those flames. 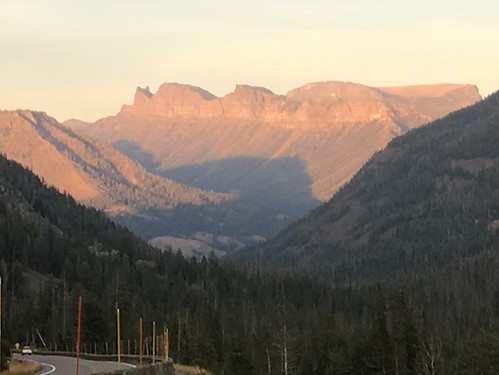